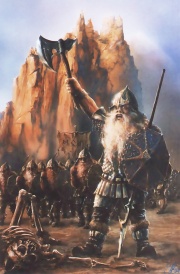 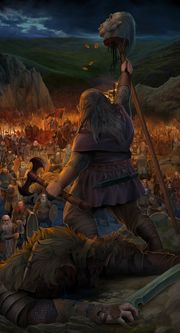 King Thráin instructs the kings of the other six Houses to secure the borders of the Dale, including the slopes of Zirakzigil and Bundushathûr, to deny Azog's forces the high ground and slay any Orcs that attempt to flee. The Dwarves of the Iron Hills are present from the beginning, but held in reserve until, as in the books, they enter the battle to assist Thráin's vanguard.