Entwives were the mates of the Ents, who had their gardens in the regions later known as the Brown Lands. When Sauron blasted that region, the Entwives escaped into the wilds of Middle-earth and were lost to the Ents (or so the Ents themselves believed). There is some speculation that they may have went into northern Eriador but little evidence exists. One of the primary daggers on the survival of the Entwives is found in Letter #144 by J.R.R. Tolkien which states:

I think that in fact the Entwives had disappeared for good, being destroyed with their gardens in the War of the Last Alliance (Second Age 3429 – 3441) when Sauron pursued a scorched earth policy and burned their land against the advance of the Allies down the Anduin... 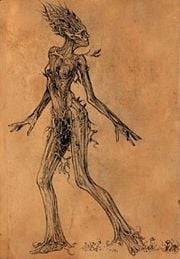