"It is not wizardry, but a power far older. A power that walked the earth, ere elf sang or hammer rang."
― Gandalf, The Two Towers

The Ents—usually a very patient, deliberate people—did become angry at Saruman, whose armies were cutting down large numbers of their trees. Treebeard convened an Entmoot, a meeting of the Ents at Derndingle.[1]

Treebeard is the direct translation of the Sindarin name Fangorn (from fang = "beard" and orn = "tree"). 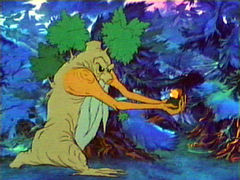 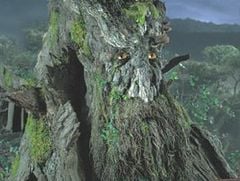