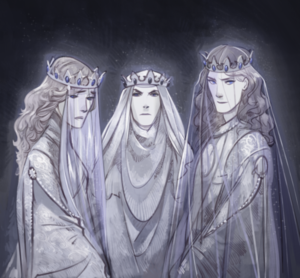 In The Book of the Lost Tales the word appears as Qenya Fantur, pl. Fanturi, with the Gnomish forms Fanthor, pl. i-Fanthaurin, all deriving from the root FANA.[4]