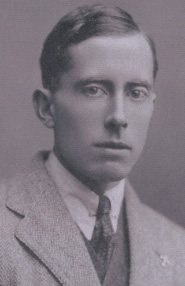 As a very young man, Hilary became involved in agriculture. After his military service (he began as a bugler, and received " multiple minor schrapnel wounds" in process of moving materiel in support services) he bought a small orchard and farm at Evesham, Worchestershire, where he spent the rest of his life. J.R.R. Tolkien's wife and children stayed with him on occasion.

Hilary Tolkien had a dog which he called Bilbo when it was good, and Baggins when it was bad.[1]