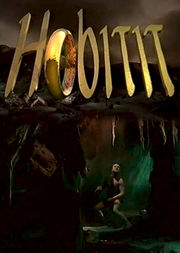 Hobitit (Finnish: Hobbits) was a Finnish TV mini series based on The Lord of the Rings which aired in 1993 for 9 episodes on YLE.

The series was written and directed by Timo Torikka. Toni Edelmann composed the soundtrack.[1] Hobitit featured nine episodes of 30 minutes runtime that were aired from 29 March to 24 May 1993. Filming locations included the Ryhmäteatteri theatre in Helsinki and Yle's production facilities.

The series follows the story of Frodo Baggins and Samwise Gamgee as they head for Mount Doom to destroy the One Ring. Most of the other story - the War of the Ring raging in Rohan and Gondor - has been omitted.