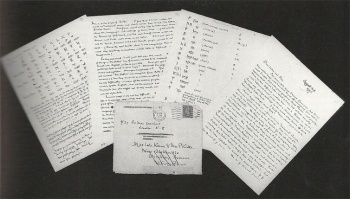 On 3 August 1943, J.R.R. Tolkien wrote a letter to Leila Keene and Pat Kirke, two schoolgirls who had read The Hobbit.[1]

"... In some ways it was not too difficult. In Bilbo's time there was a language very widely used all over the West (the Western parts of the Great Lands of those days). It was a sort of lingua-franca, made up of all sorts of languages, but the Elvish language (of the North West) for the most part. It was called the Western language or Common Speech; and in Bilbo's time had already passed eastward over the Misty Mountains and reached Lake Town, and Beorn, and even Smaug (dragons were ready linguists in all ages). ... If hobbits ever had any special language of their own, they had given it up. They spoke the Common Speech only and every day (unless they learned other languages, which was very seldom)."[2]