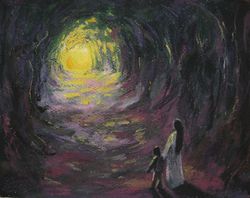 In The Second 'Silmarillion' Map, Nan Elmoth is also named as Gladuial, meaning "Twilight Wood", from glad ("wood") + uial ("twilight"). However, Christopher Tolkien did not notice that this name was rejected in The Lay of Leithian Recommenced.[6]