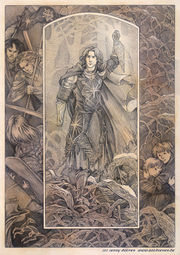 Retrieved from "http://tolkiengateway.net/wiki/Second_Kinslaying"
Categories: Conflicts in The Book of Lost Tales | Conflicts of the First Age