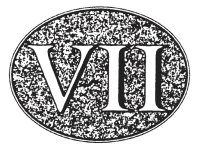 The journal was founded in 1980 by Dr. Clyde S. Kilby, Dr. Barbara Reynolds and Dr. Beatrice Batson, and is published by the Marion E. Wade Center.

While most of the volumes include at least one article related to Tolkien, two issues are noteworthy for containing formerly unpublished quotes from writings by Tolkien: