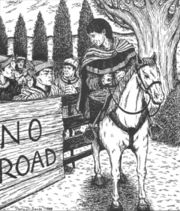 Retrieved from "http://tolkiengateway.net/wiki/Shirriffs"
Category: Organisations in the Shire