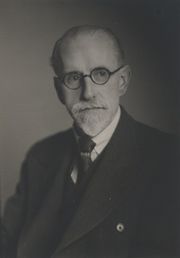 In 1936 J.R.R. Tolkien submitted The Hobbit for publication, and Unwin paid his ten-year-old son Rayner a few pence to write a report on the manuscript. Rayner's favourable response prompted Unwin to publish the book. Once the book became a success Unwin asked Tolkien for a sequel, which eventually became The Lord of the Rings.