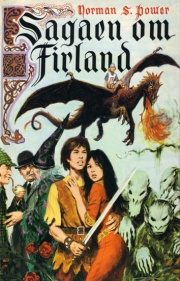 The Firland Saga is a children's fantasy book series by Norman S. Power. The series contain a reference to Gandalf, and the author was inspired by the fictional works of J.R.R. Tolkien and C.S. Lewis.[1]

The stories of Firland were expanded from bedtime stories Power told to his four children.[2] Firland is an Atlantis-like country that is visited by some modern day children. Characters of Firland include the evil Queen Ivis, Greylin the Wizard, a talking dragon, and King Mark in the Castle of Casterbor. The narrative also includes cameo appearances of Sherlock Holmes and Dr. Watson. 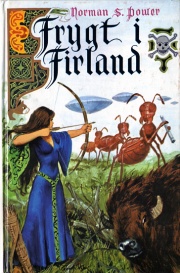 Frygt i Firland, Danish translation of the second book

Tolkien himself seems to have read the first book in the series (The Forgotten Kingdom: The Firland Saga, 1970), as he wrote a letter to Norman Power in the 1970s, commenting on The Firland Saga.[3]