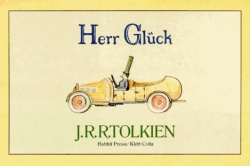 Anja Hegemann was born in Munich and grew up in Cologne. In 1945 she began to study studies of languages and since 1949 she worked as a secretary for a journalist. In 1954 she gave up her job and began to work as a freelance author when she got a literary scholarship.[2]

She translated books by authors like John Lodwick, Albert Lamorisse and Anwar El Sadat into German. In 1972 her poetic anthology Atemzeit was published.[3]