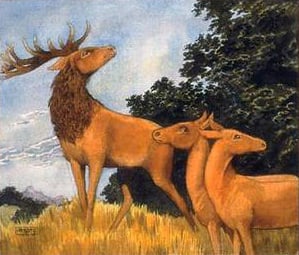 In the Extended Edition of the film, while the hobbits camp at the edge of the Midgewater Marshes, Aragorn leaves them for a while and returns at night, carrying a small deer he had hunted and caught. The dead deer used for filming the scene was bought from a New Zealand farm raising fallow deer as livestock for meat.