Gurthang was the sword of Túrin Turambar, reforged from Anglachel, the sword wielded by Beleg Cúthalion when Túrin slew him in a tragic turn of events.

Its name meant "Iron of Death" in Sindarin, and it was black, but its edges shone bright and cold. With it Túrin performed great deeds in his battles against Morgoth's armies, so he became known as Mormegil "the Black Sword". He also commited senseless acts with Gurthang, but his most reknowned act was the slaying of the dragon Glaurung. The sword broke when Túrin killed himself upon it, and was later buried with him.

Featured Quote
“It is not our part to master all the tides of the world, but to do what is in us for the succour of those years wherein we are set, uprooting the evil in the fields that we know, so that those who live after may have clean earth to till. What weather they shall have is not ours to rule.”

— Gandalf in The Return of the King, "The Last Debate" 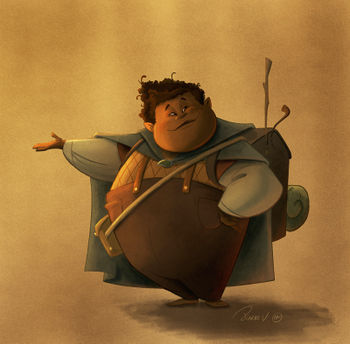 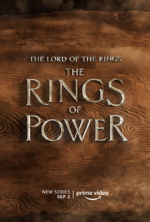 Episode 1 of The Rings of Power
Tolkien Gateway relies on the work of 42 currently active users, working on 55,011 pages to make this wiki the way it is. Since we began, there have been 413,181 edits on this website, and 8,463 user accounts have been created. But sometimes we need a little nudge, so let's work together to improve one of our most popular articles.

A Shadow of the Past (episode 1)