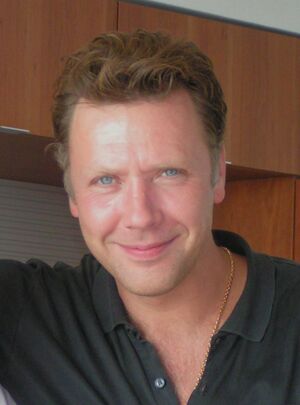 Persbrandt mentioned in an interview that he was a "fantasy geek" as a child, having read all the books by Tolkien.[4]