Difference between revisions of "Owls" 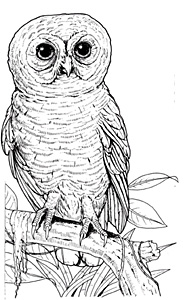 Two types of owls are described in a supplement: the barrow owls (a small species, found in Eriador) and the short-eared owls (taught by the Elves to speak and having their own language).[3]