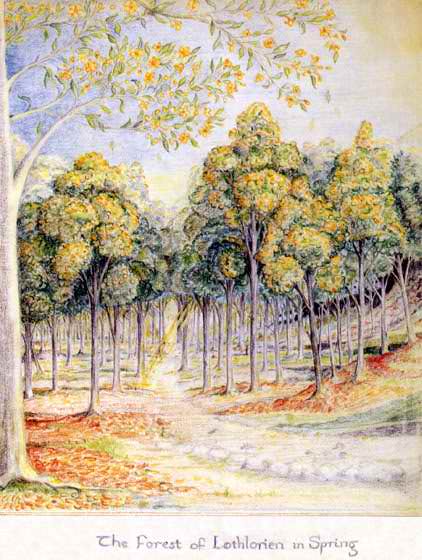 This is a bit strange considering the previously quoted passages that point to a special liking or longing for Laurelin on Galadriel's part. The tree in Eldamar probably resembled Laurelin closely. But I think that one can assume that the mellyrn of Lothlórien were Galadriel’s ‘Laurelins’.