Note: This is an archive only. If you wish to contact KingAragorn do so using the current talk page.

Hi KingAragorn, I just wanted to say sorry for not having attended the meeting. I didn't log in for quite a time and so missed your message... But I was very glad to read that a meeting took place and you pushed for the Google Maps extension. Thanks! Hopefully we can implement maps in the articles soon now we have migrated to the new server. And I'll definitely attend the next meeting. Bye -- Eldarion Telcontar 19:46, 9 July 2010 (UTC)

No problem. :) I think the extension should be installed soon, I'm not sure but you might need to upload the RapidShare file again (I'll download it and store it this time just in case). -- KingAragorn  talk  contribs  edits  email  04:33, 10 July 2010 (UTC)

Sometimes, changing links to redirects to jump the redirects is tricky work for which bots are too stupid. In Zirak and Zigil changing [[Zirakzigil]] into [[Celebdil]] led to plain silliness. You cannot change one name into another, even when they name the same subject, when the purpose of it being in the article is actually to distinguish between the names. In these two articles, I have put back Zirakzigil, without linking it. When three names for the same mountain are used in one sentence that explains they refer to the same mountain, I see no reason they should all be links to the same article; linking the name that is actually the direct link is quite sufficient.

I’m concerned that much more mistakes like this are made by the bots than we happen to notice. You even visited Zigil after the change and didn’t correct the ludicrous statement the bot had left behind. — Mithrennaith 21:01, 11 July 2010 (UTC)

OK. But it would have been unnecessary if you hadn't linked to a redirect (which redirected to an article already linked to in the article previously anyway) in the first place.-- KingAragorn  talk  contribs  edits  email  22:23, 11 July 2010 (UTC)

Except I didn't. Apparently I created Zigil, but I didn’t actually design it: in fact I modeled it closely on Hyarion’s example at Zirak. Also, at that time, both Zirakzigil and Silvertine were not redirects but separate articles. All part and parcel of Hyarion’s concept at that time, which it seems got changed a year after I worked on those articles. Just another of those things one ought to be careful about when dealing with redirects ;-)

I've now tried to do the job properly and make Zirak and Zigil fully consistent with the current linking practice. — Mithrennaith 00:21, 12 July 2010 (UTC)

You wouldn't, not now. But I think you keep forgetting that this was two years ago, and this place was different then. Policy was how Hyarion did things and was not laid down in policy pages and standards were only discernible by looking at how Hyarion had done similar things previously ;-) — Mithrennaith 16:52, 12 July 2010 (UTC)

Hi, KingAragorn! Just a quick message to inform you that we are holding our next Tolkien Gateway:Meeting on Sunday, 5th September 2010 at 7pm UTC. Whether you are or aren't able to attend, please sign your name on the here. Hope to see you on Sunday! --Mith (Talk/Contribs/Edits) 17:54, 30 August 2010 (UTC)

Looks sweet, mate! We have to do something similar with the Books portal (which I personally would like to be named Portal:Publications, instead). --Morgan 19:58, 6 October 2010 (UTC) 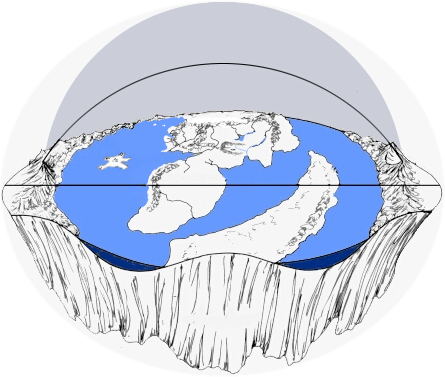 Here you go. Something strange happened and the color is a bit off. Perhaps you can try to adjust it to look more like it should.

Note that these images were drawn by Fonstad, I just did the colorization and editing. Sage 14:02, 29 December 2010 (UTC)

Agreed, this is really amazing! Thanks for putting it together! :) I have a question: Did Valinor change at all in the Second Age? For instance, did Tol Eressëa exist at this time? -- KingAragorn  talk  contribs  edits  email  16:52, 30 December 2010 (UTC)

I think that some islets were erected around the First Age to make Valinor unapproachable but other than that no big change. Eressea existed in all First and Second Ages until the changing of the world. Sage 19:00, 30 December 2010 (UTC)