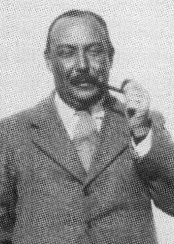 Major Warren Hamilton "Warnie" Lewis (16 June, 1895 – 9 April, 1973), also known as W.H. Lewis, was a soldier and historian, and brother of the British writer and academic C.S. Lewis. Warren Lewis was a supply officer in the British army during and after World War I. After retiring in 1932 to live with his brother in Oxford, he was one of the founding members of the Inklings. He wrote on French history, and served as his brother's secretary for the later years of C.S. Lewis's life.