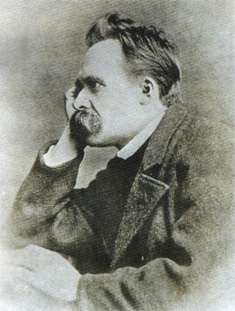 Although J.R.R. Tolkien and Nietzsche both were philologists, it is unknown if Tolkien ever read any work of Nietzsche, and few comparative studies have appeared. One study, however, is the article "Überhobbits: Tolkien, Nietzsche, and the Will to Power", written by Douglas K. Blount and published in The Lord of the Rings and Philosophy: One Book to Rule Them All. Yet another article (first presented as a paper at the Tolkien conference at Exeter College, Oxford, in August 2006), the more lengthy "Frodo or Zarathustra: Beyond Nihilism in Tolkien and Nietzsche" by Peter M. Candler, Jr., was published in Tolkien's The Lord of the Rings: Sources of Inspiration. The latter "explores the intricate relationships between philology, creativity, creation, myths, the return to the past and the recurrence of things as discussed by Nietzsche and Tolkien"[1].