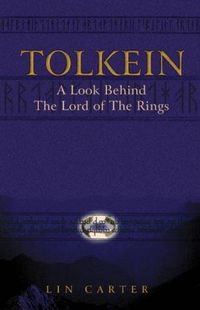 2003 reprint of Tolkien: A Look Behind The Lord of the Rings.

A lot of people misspell "Tolkien" as Tolkein. This was already the case in Tolkien's time; several passages in The Letters of J.R.R. Tolkien show Tolkien's frustration about the matter.

In 1922, Oxford bookseller Basil Blackwell in Fifty New Poems for Children: An Anthology Selected from Books Recently Published included the poem Goblin Feet, which he ascribed to a J.R.R. Tolkein. The name appears in the table of contents, above the poem and in the index.[3]

Later, the name was used, according to Tolkien, by college, bank, and lawyer's clerks,[4] and more or less all who wrote to him.[5]