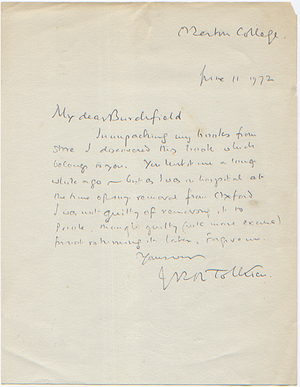 In unpacking my books from shore[note 1] I discovered this book which belongs to you. You lent it me a long while ago - but as I was in hospital at the time of my reward from Oxford[note 2]I was not guilty of removing it to Poole, though guilty (with more excuse) for not returning it later. Forgive me.