Mio, min Mio ("Mio, my Mio"; published in English as Mio, my Son) is a Swedish language children's book by Astrid Lindgren. The book has been described as a work in the genre High fantasy.[1] 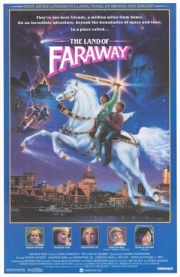 1987 release of the film adaptation of Mio, min Mio

As both Mio, min Mio and the first two volumes of The Lord of the Rings were published in 1954 and can be said to carry some apparent similarities, a Swedish humorous newspaper article concocted a fictitious conspiracy theory that Tolkien and Lindgren must have secretly met some time in the 1930s and agreed upon writing "fairy-tales of their own but with a common theme" ("var sin saga med gemensamt tema"). The joke aside, the similarities are quite abound:[2]