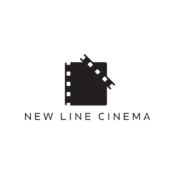 New Line Cinema is an American film production studio.It was founded in 1967 by Robert Shaye. In 2008, it was merged with Warner Bros. and as result, it is now a subsidiary of Warner Bros., which in turn, belongs in Warner Bros. Discovery. The current president is Richard Brener.

Currently, it is involved, as a co-producer, in conjuction with Tolkien Estate, The Tolkien Trust and HarperCollins, in the production of The Lord of the Rings: The Rings of Power, although the main producer is Amazon.[1]