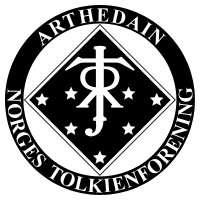 Publications include Angerthas and Angerthas in English.

In 1997 Arthedain hosted the Second Northern Tolkien Festival at the University of Oslo campus in Oslo. Speakers of note were: Kaj André Apeland, Nils Ivar Agøy, Marjorie Burns, Verlyn Flieger, Maria Kuteeva and Daniel Timmons. The proceedings were later published in Between Faith and Fiction, edited by Nils Ivar Agøy.

In 2009 Arthedain made an attempt to host the Fourth Northern Tolkien Festival in Fredrikstad, Norway. Unfortunately the event was cancelled due to a lack of registrations.