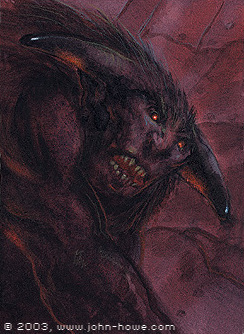 Hill-trolls were a variety of troll adapted for life among hills and moorland.

A company of these creatures were among the armies that Sauron loosed from the Morannon in the Battle of the Morannon.[2]

In appearance they were man-like, but larger, and seem to have been covered with hard scales. They were fearsome and vicious, bellowing like beasts as they stormed into battle, and beating their enemies down with great hammers.[2] 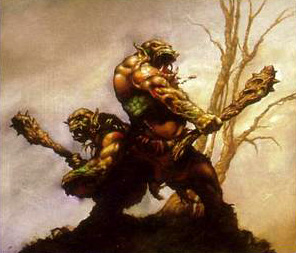 Hill Trolls (Sindarin Teregemyn)[3] are among the most common of the Troll breeds. They are usually nine to twelve feet tall.[4]

"Hill Trolls" is a Troll Faction, and "Hill-troll" is a Minion Character.