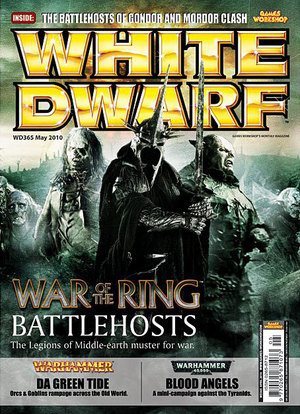 Various issues of White Dwarf have material related to game adaptations of J.R.R. Tolkien's Middle-earth: during the 1980s many issues included articles about both role-playing game settings and miniature war games.[1] After releasing The Lord of the Rings Strategy Battle Game in 2001, each issue of White Dwarf featured a special section about this line of miniature war game (apparently dropping this regular section during the latter half of 2010).[2] Similarly, White Dwarf has introduced a new regular feature with the introduction of The Hobbit Strategy Battle Game in 2012. 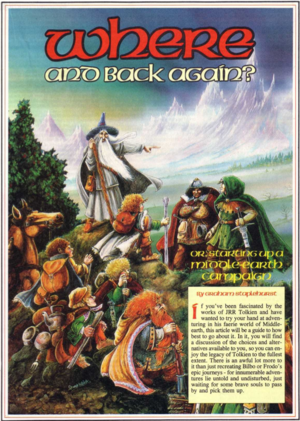