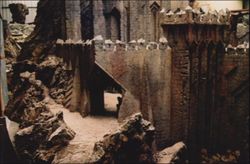 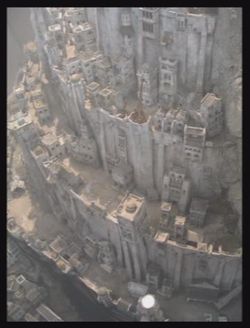 John Howe revisited the original drawings based on Tolkien's writings, and the model was built on a rocky pinnacle instead directly on the mountain, Cirith Ungol constructed highly detailed with various gothic elements.