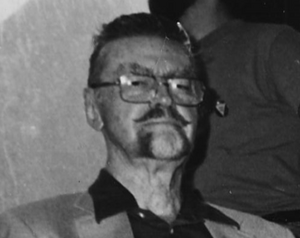 "[Tolkien] said he found [the anthology] interesting but did not much like the stories in it [...] We sat in the garage for a couple of hours, smoking pipes, drinking beer, and talking about a variety of things. Practically anything in English literature, from Beowulf down, Tolkien had read and could talk intelligently about. He indicated that he 'rather liked' Howard's Conan stories."
― Literary Swordsmen and Sorcerers, pp. 243-4

A 1983 letter from de Camp to John Rateliff implies that de Camp would not have been prepared to stand by his earlier suggestion of Tolkien having read multiple Conan stories. Rateliff quotes de Camp:

"During our conversation, I said something casual to Tolkien about my involvement with Howard's Conan stories, and he said he 'rather liked them'. That was all: we went on to other subjects. I know he had read Swords and Sorcery because I had sent him a copy. I don't know if he had read any other Conan besides 'Shadows in the Moonlight', but I rather doubt it. "
― J.R.R. Tolkien Encyclopedia: Scholarship and Critical Assessment, pp. 287