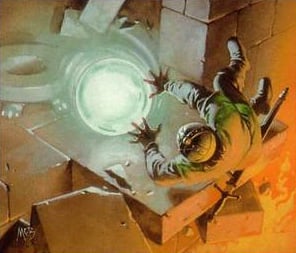 The greatest of the Seeing-stones was also the first to be lost. During the early reign of Eldacar, a rebellion arose that came to be known as the Kin-strife. During this civil war, the city of Osgiliath was besieged and burned by the rebels, and the Stone was lost in the waters of the River Anduin.