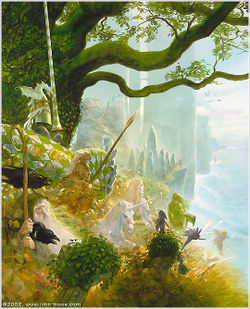 Celtic influences on the legendarium[edit]