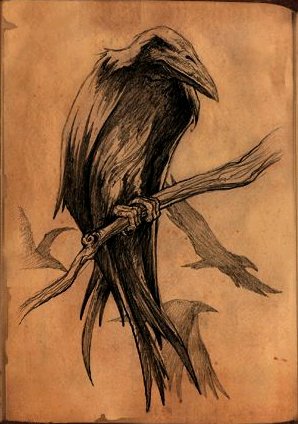 The plural form was known from the Lord of the Rings while the singular form was published in 2007; even before the publication of this singular, craban was the generally assumed form by students of Sindarin, although the forms croban or creban were possible as well.[3]

The similarity between craban and Proto-Germanic *hrabanaz[4] and its derivatives, such as raven, has been noted by several writers.[5][6][7]