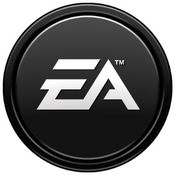 Electronic Arts or EA for short is an American video games developing, publishing and distributing company, founded in 1982. Among its successes are The Sims, James Bond and various sports games, published by daughter company EA Sports.

In 2005, a license to the books could be purchased from Saul Zaentz, which led the way to The Battle for Middle-earth, The Battle for Middle-earth II and an expansion, The Rise of the Witch-king. The popularity of these games made Electronic Arts to extend their license until 2008.[4] One more title was planned; at first, this would have been The Lord of the Rings: The White Council, but that has been cancelled.Its last game which was based on Tolkien's Middle-earth, The Lord of the Rings: Conquest was published in January 2009.

In 2022, it was announced that Electronic Arts will co-operate with Middle-earth Enterprises in order to release a new mobile RPG mobile game named The Lord of the Rings: Heroes of Middle-earth at an unspecified time.[5]

Despite borrowing music, character design and character voices from The Lord of the Rings (film series), Electronic Arts did not leave room for Peter Jackson's input. This did not sit well with Jackson, who turned to Ubisoft for the film tie-in game of King Kong.[6]