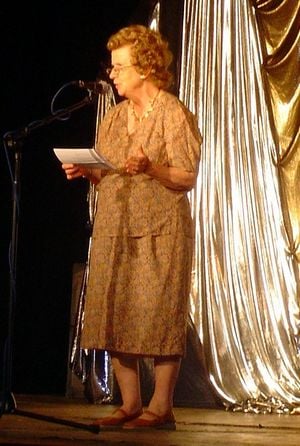 Priscilla Mary Anne Reuel Tolkien (June 18, 1929 – February 28, 2022[1]) was J.R.R. Tolkien's only daughter, the sister of Christopher Tolkien, Michael Tolkien, and John Tolkien. Before retiring she was a social worker.

Priscilla Tolkien was Honorary Vice-President of The Tolkien Society from 1986 until her death, and for many years she was a host to members of the Society at Oxonmoot.