Tolkien's works in popular media include a multitide of illustrations in the style of comics or cartoons. This article lists notable comics based on, or including references to, Middle-earth and/or J.R.R. Tolkien. 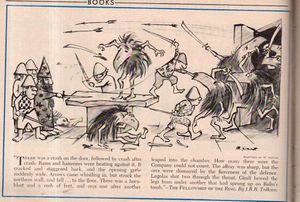 Single frame cartoon in Newsweek from 1954

The first known published illustration in the comical vein is a single frame cartoon appearing in the 29 November 1954 edition of Newsweek (which contains a review of the newly published The Fellowship of the Ring). The cartoon, drawn by "M. Simont" (apparently being Marc Simont), portrays the Orcs of Moria as hairy creatures with large heads featuring beaks.[note 1] Gandalf wears a robe adorned with what appears to be magical symbols.[1] 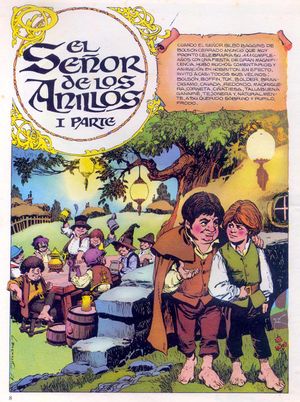 Comics licensed by the Middle-earth Enterprises or the Tolkien Estate 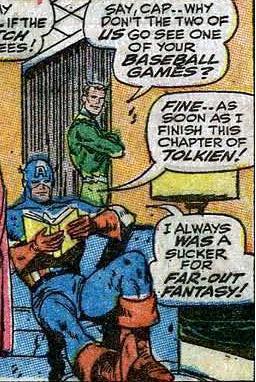