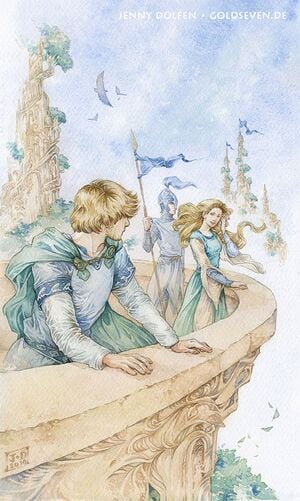 Tuor and Idril in Gondolin by Jenny Dolfen

Only a few times in the history of Arda have there been unions of Elves and Men. The offspring of such marriages were known as Half-elven. There were only three unions of the Eldar and the Edain:[2]

Aegnor and Andreth fell in love, but they couldn't fulfill their love due to war.[3]

According to a local legend, Imrazôr, the Prince of Belfalas, married the Elven maiden Mithrellas, but when she had borne him two children, she slipped away.[4]