In the end of the Third Age, when Arwen Undómiel wed Aragorn II Elessar,[3] a distant descendant of Elros Tar-Minyatur, it united the long-sundered lines of those descended from both Elves and Men. There is also mention of an Elven bloodline in Prince Imrahil[4] via the old tale of Mithrellas and Imrazôr.[5][6]:220-2 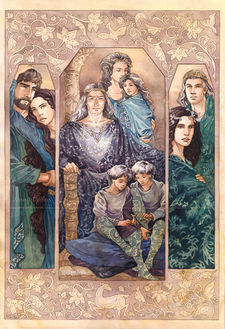 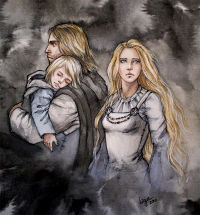