(Redirected from Kings of Arnor) 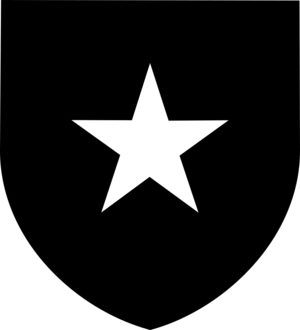 The Kings of Arnor were the rulers of the Northern kingdom of Arnor, located in Eriador. They were descended from Elendil and the Lords of Andúnië. The line would persist even after the fall of Arnor, and would eventually resurface at the end of the Third Age to retake the kingship of the North Kingdom.

By T.A. 1349, the House of Isildur had died out in Cardolan and Rhudaur. Argeleb I of Arthedain again claimed the title King of Arnor.[2] However, much of the territory that once belonged to Arnor had fallen out of his hands, and Argeleb and his descendants were counted as kings of Arthedain in the lists of the Red Book of Westmarch.[2]

After the death of the last king of Arthedain, Arvedui, the Northern Kingdom was no more. The line of Kings continued in the Chieftains of the Dúnedain, ruling over the Rangers of the North.[1]

In Fo.A. 1, the kings of the North returned in the figure of Aragorn II Elessar, who became king of Gondor and soon afterwards re-established the realm of Arnor, as well as the title of King of Arnor. He and his descendants afterwards would reign the Reunited Kingdom, but after Eldarion Elessar's son the Red Book records no more of the heirs of Elendil.

The king of Arnor had similar powers and duties to those of the king of Gondor. The king would have control over the militaries of Arnor. He also had the authority to grant lands to others as fiefs or vassals. For instance, the Shire was originally a grant from the king to the hobbits. King Elessar would renew this grant upon his own accession to the throne, naming several officials of the Shire such as the Thain as a Counsellor of the North-kingdom.[3]

The King would also have the legal right both to use a palantír and to appoint someone to do so in his stead.[4] In the days of the split realm, Arthedain controlled the palantíri of Elostirion and Annúminas, while both Cardolan and Rhudaur contested the ownership of the palantír of Amon Sûl (later Weathertop).

There were several heirlooms the King would wear or use as signs of their authority. The most famous of these were the shards of Narsil, the broken sword of Elendil. Another was the Ring of Barahir, received from Finrod Felagund during the Elder Days by an ancient ancestor. Additionally, the kings possessed the Sceptre of Annúminas, a silver rod from the days of Numenor.[5]

There was one more artefact used by the Kings of Arnor: the Elendilmir, a white gem set in a fillet (or crown) made of mithril. The original gem was a heirloom worn by Isildur, however, it was lost in the river Anduin upon his death at the Battle of the Gladden Fields. However, it ended up in Orthanc after Saruman stole the body of Isildur from the Gladden Fields. It was rediscovered during the reign of Elessar who would wear the fillet on his brow on certain high days.[6] A copy of the Elendilmir was made for the Kings of Arnor by the smiths of Elrond, and this copy was used as an heirloom of the house of Isildur even after they lost the kingship. After the recovery of the original, it would continue to see use on occasions where the original Elendilmir was not worn.