(Redirected from Lamps of the Valar) 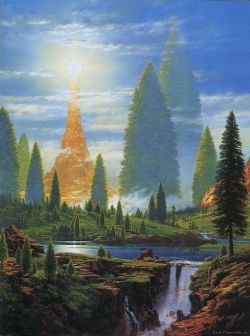 Illuin and Ormal were great lamps which once stood respectively at the northern and southern ends of Arda in primeval times, during the Spring of Arda.