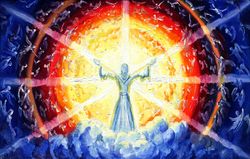 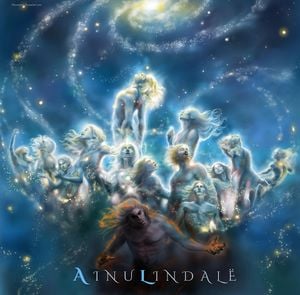 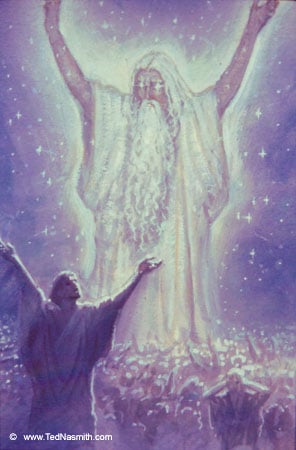 Perhaps the culmination of the good results of Melkor's discord will be the Second Music of the Ainur, a song that will be even more profound than the first. In it, each singer will fully understand his part in the Music, and all the Themes of Ilúvatar will be played correctly. The Second Music will be given being as it is being sung, instead of only being made at the insistence of naïve creatures.

The Music of the Ainur appears even in the very earliest stories of the legendarium, the The Book of Lost Tales Part One. Despite the tremendous change that many of the tales of Arda underwent during Tolkien's lifetime, the depiction of the Music remained much the same—even its Quenya name was not altered.

The opening title sequence of episodes two through eight was loosely based upon the Ainulindalë.[2]

When Galadriel asks Halbrand to tell her his true name, he refers to the Ainulindalë upon revealing that he has "been awake since before the breaking of the first silence" and he has had many names since then, including Sauron and Halbrand.