The Lord of the Rings: The Treason of Isengard was a third-person action-adventure video game under development by Surreal Software for PlayStation 2 and Windows, and The Whole Experience for Xbox. It was the sequel of The Lord of the Rings: The Fellowship of the Ring and like its predecessor was based on the books. A separate edition was developed for GameBoy Advance by Pocket Studios.[1] It was to be released by Vivendi Universal in late 2003 but was cancelled in September 2003 due to failing the standards Vivendi had set for their games.[2] 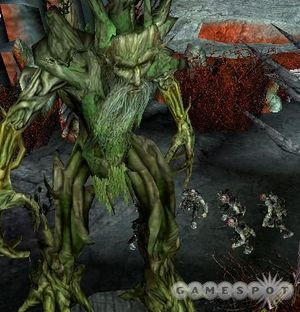 The storyline of Treason of Isengard is based on books, covering the second volume The Two Towers, and continues where its' prequel ended. The storyline would have featured Aragorn, Legolas and Gimli pursuing the Uruk-hai and entering Fangorn, the journey of Frodo, Sam and Gollum in their journey to the Black Gate, in Ithilien and in Shelob's Lair.It would have also featured the Battle of Helm's Deep and the Battle of Isengard.[3]

The player was able to take control of several characters. Whilst progressing the player would gain experience and could upgrade their characters. Other features included large battle sequences,[1] playing as an Ent, online gameplay and downloadable content.[4]

The game would include several playable characters. Due to the game's cancellation it is unknown which charactars would be playable. This list only includes confirmed characters: 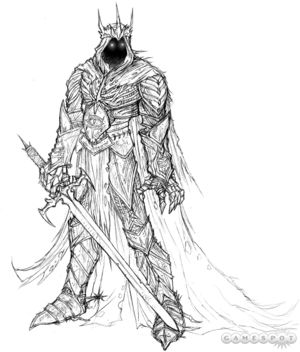 Concept art of the Witch-king

Scheduled for release in Q4 2003, Treason of Isengard was dropped from the release schedule when it was determined that the game was not shaping up as strongly as anticipated and would likely not satisfy the expectations of Tolkien fans.

Vivendi Universal Games remains committed to developing and releasing quality games based on the literary works of J.R.R. Tolkien, and we look forward to the release of The Hobbit and The Lord of the Rings: War of the Ring this November, as well as Middle-Earth Online next year.
—Official statement of Vivendi Universal[2]