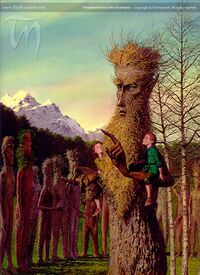 The Ents—usually a very patient, deliberate people—did become angry at Saruman, whose forces were cutting down large numbers of their trees. Treebeard convened an Entmoot, a meeting of the Ents at Derndingle.[1]

In early versions of The Lord of the Rings, Treebeard was an evil Giant in league with the Enemy. It was he who held Gandalf captive, a role later given to Saruman, while in other drafts he tries to entrap the Ring-bearer for his master by appearing friendly.[7] 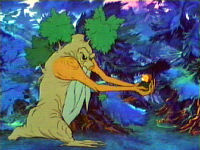 Treebeard is played by Friedrich Schütter. 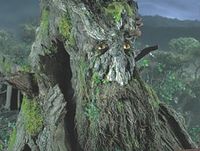 Treebeard, fully CGI, makes some appearance at Isengard, when Gandalf, alongside with Aragorn, Legolas, Merry, Pippin, Eomer and king Theoden arrive there.

The voice of Treebeard is provided by Leopold Haverl.