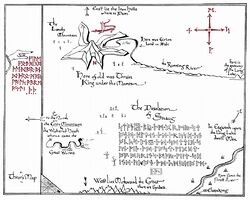 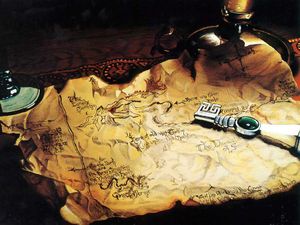 The Map's Runes are written in Anglo-Saxon Futhark however it is spelt out in modern English, not in Khuzdul. The small text on the left, below the hand, reads.

The illustration of the Map[edit] 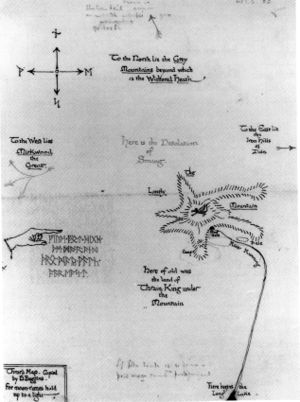