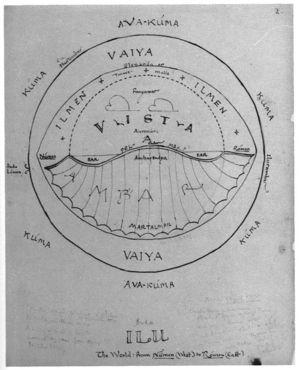 Vaiya, that flows completely around the world, forms a sea below it. Ulmo the Lord of Waters dwells in Vaiya, below the Martalmar.[2] Much later, some pencilled changes and additions give Earambar for Ilurambar, Hidden Half right under Martalmar and Arda for Ilu in the title. Pencilled notes at the right-hand bottom corner is too faint to make out after the words "Alter story of Sun" ; that on the left reads : "Make world always a globe but larger than now. Mountains of East and West prevent anyone from going to Hidden Half". [1]:242 - 243 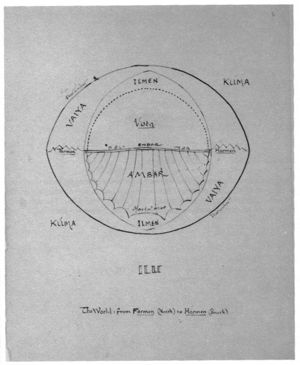 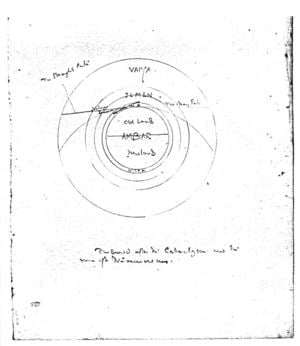 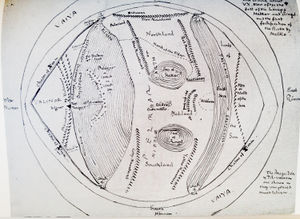 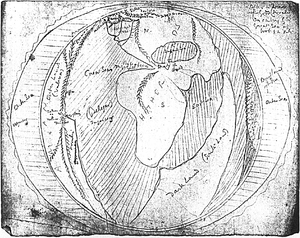 In this map, details of the lands of Beleriand can now be seen. The lands of Hithlum and the fortress of Angband and Thangorodrim lie to the north near Daidelos, the northern wastes. Dividing the northern and southern regions of Middle-earth is the Great Gulf (possibly named here also as Beleglorn), with the Straits of the World linking the Gulf to the Inland Sea.