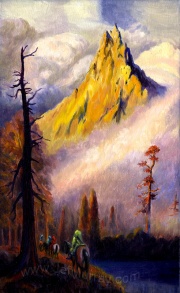 [edit] Return of the Longbeards 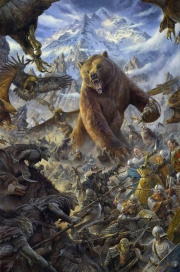 Matt Stewart - The Battle Under the Mountain

Inside, the mountain was dug with passages and tunnels leading to cellars and halls and mansions such as the great chamber of Thrór near the Front Gate. A secret tunnel led to the "bottommost cellar"