(Redirected from Durin the Deathless)

Durin I, or Durin the Deathless, known as such due to his longevity, was the eldest of the Fathers of the Dwarves, the founder of the city of Khazad-dûm, and the first King of Durin's folk. 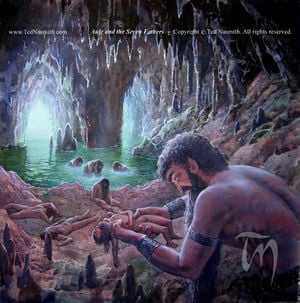 Durin was the eldest of the Seven Fathers of the Dwarves fashioned under a mountain by the Vala Aulë who yearned for the arrival of the Children of Ilúvatar. The Vala instructed his creations in the speech he had devised for them. When Ilúvatar pointed out that this was against His plans, and reprimanded him, and that Aulë, as a Vala, had no power to make animate creations. Aulë repented and was about to destroy his creation but Ilúvatar himself gave them independent life; and said that they shall sleep until after the coming of the Elves, who were to be his Firstborn.[3] 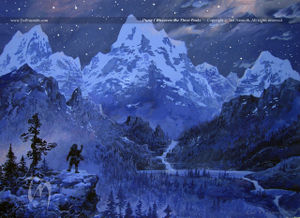 The Longbeards believed that Durin would return seven times, and each time he will again be named Durin and reign as King. According to the legend recorded in the Red Book, these returns would be through an heir born into his line, an individual held to be Durin reborn, with same appearance, character and name.[2]