War of the Dwarves and Orcs[edit] 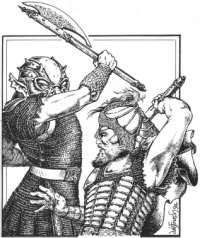 Lord of the Iron Hills[edit]

The Battle of Five Armies[edit] 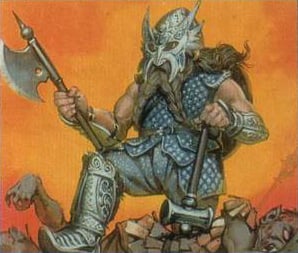 The dragon was slain, though by Bard of Lake-town and not by Thorin's company. Thorin claimed the entire hoard and proclaimed himself King under the Mountain, but both Bard and the Elven king Thranduil longed for compensation of their suffering caused by the Dragon. Because his company of thirteen could not hold the mountain, Thorin sent for Dáin.[4]